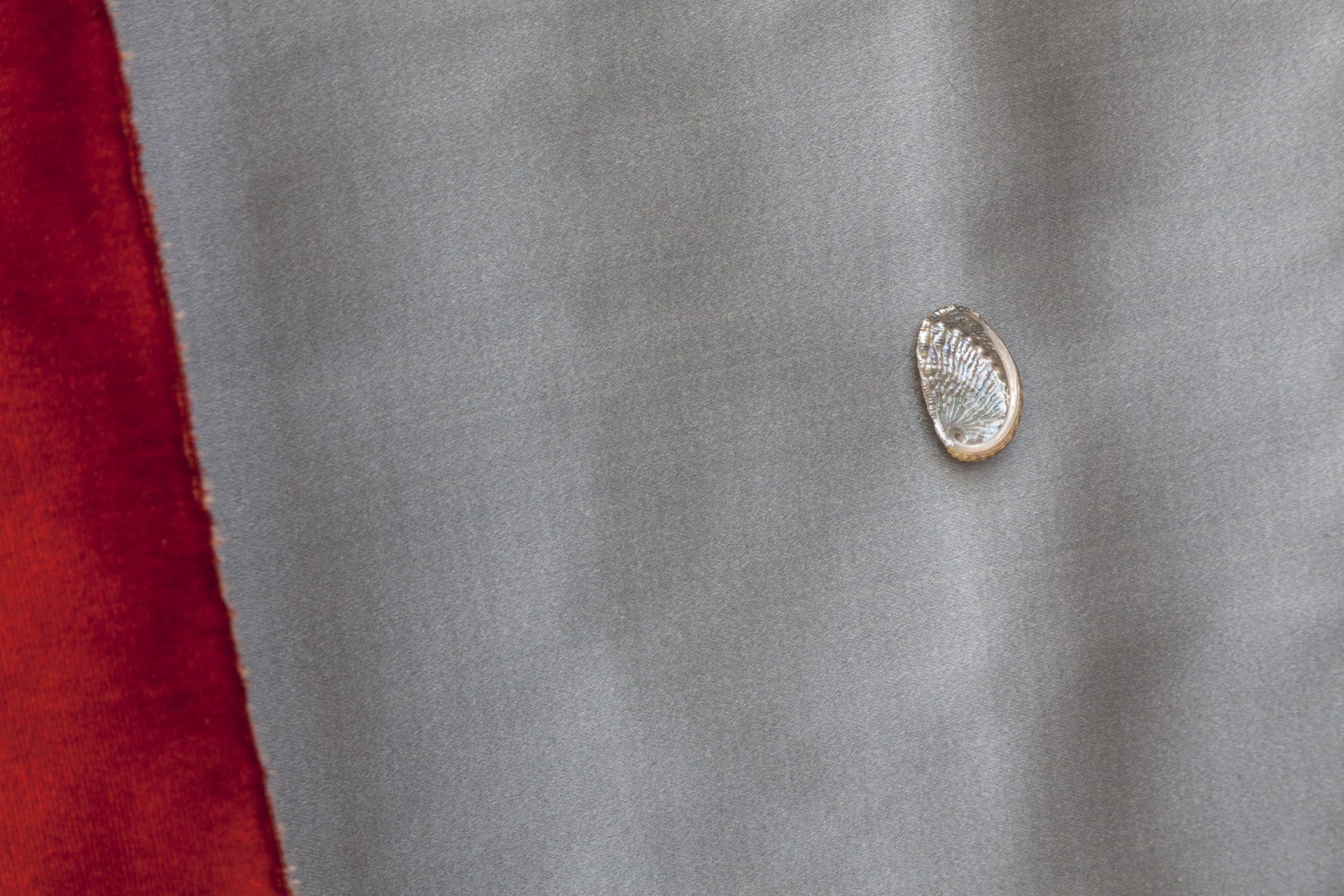 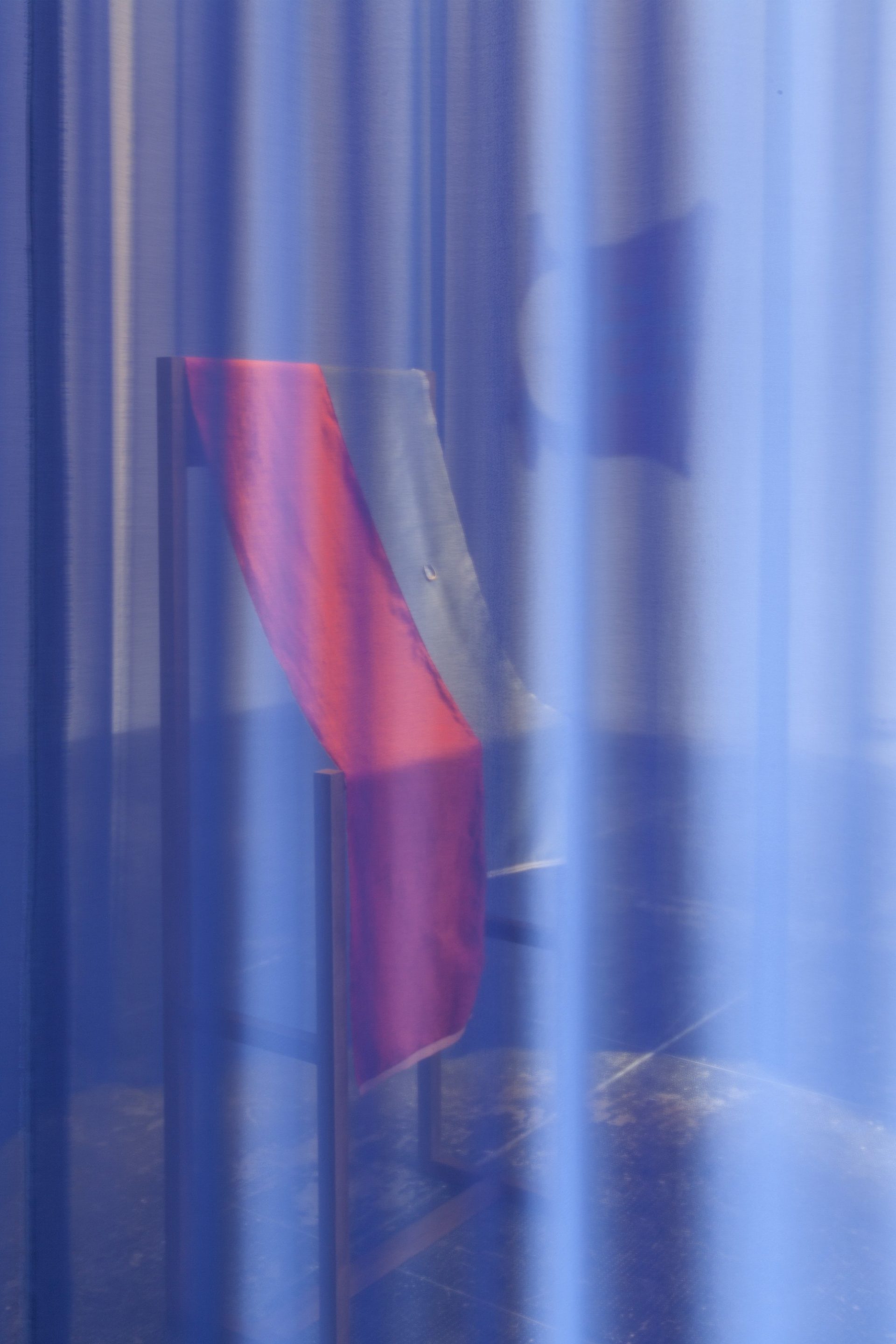 The basis of capital markets and established material values largely depends on the economy of desire. As Georges Bataille writes ”By work man orders the world of things and brings himself down to the level of a thing among things. The more humanised beings are the more their exuberance is diminished.” Once we own the desired object, the desire itself is no longer there. Desire wants nothing to do with hierarchies of consumption and dependence. Orecchio di Venere, an Ear of a Venus, a shell carrying an oval shape similar to humans ear at some point perhaps carried a tie with the famous Birth of Venus by Botticelli, an anthropormorphised fantasy of a cosmic beauty. This shell was sawn into 18th c. silk tafeta fabric produced in Lyon, France. In his book Bataille elaborates on connection of desire and the Christianity, the unseparable binary. The church who wanted to dominate human erotic fantasy addressed its power of influence through certain beauty canons: colours, shapes, proportions. One of the textiles carries carmine red colour which was brought to Europe from America’s as a result of the 16th c. colonisation project. Carmine red was believed to be a sacred colour given by gods of Nature in Mezoamerican tribes, now served as a symbol of Christian power. According to the scholars who studied carmine red pigment road, it became a symbol of power and wealth in Catholic Europe—painters applied it in their works of art, kings used it for their apholstery, popes would wear heavy red lavish dress to emphasizes on their spiritual wealth an influence. The textiles were placed on a chestnut rack and covered with curtains, inviting visitors to look at the work only once.

Materials: woven silk velvet and silk tafeta fabrics manufactured in Lyon, France in the end of 1800s. Textiles are hanged on a chestnut rack.